The Math Behind the Sweet Success

WHERE does one get the best Spanish bread in the city? Most will say at Anita’s Home Bakeshop, where the Spanish bread is the softest and yummiest. It is a product of experimentation and calculation-for the right mix of ingredients by Anita E. Cabinian who started the company in 1968.

“I started teaching when I was 20 years old. I was a math teacher in Colegio de San Jose-Recoletos (now University of San Jose-Recoletos), teaching all the math subjects—Algebra, Geometry, Physics. One day, my husband Hermenegildo suggested, it was probably time for me to stop teaching so I would have more time for our five children. So I did. But I found myself with extra time on my hands and I am not the type who would just sit about and do nothing,” Anita shared.

“So I tried gardening, then sewing, then baking. I love to cook and baking was something I enjoyed. I would experiment and ask my neighbors to taste my baked goods. I would volunteer to make cakes for birthdays. Even Cardinal Rosales also used to ask me to bake or cook something for his visitors. This went on until I learned that Philippine Airlines (PAL) was looking for a supplier for inflight snacks for Cebu. I submitted my samples and was given the contract. When PAL officials visited my ‘bakery,’ they found out I had only one oven,” said the former teacher now baker.

As she initially had only one oven, she asked neighbors if they wanted to earn extra money; she would pay them if they would let her use their ovens. In time, she was able to acquire more equipment so that when the contract with PAL expired after two years, she was left with equipment that would be idle if she did not use them. That was when Anita’s Home Bakeshop finally went out of the Cabinian home to Ramos St. where the first Anita’s Home Bakeshop outlet was officially opened. In 1981, Anita’s opened its flagship store on Osmeña Blvd. corner J. Llorente St., offering not just baked products but also carenderia type meals.

Throughout her baking career, Anita has always applied her mathematical mind in the measuring of ingredients. Whatever recipe she tries, she always changes it to suit her and her clientele’s taste. She observes that Cebuanos love a sweetish taste so that even pan de sal, which should be salty, has to have a degree of sweetness to it. Aside from pan de sal and Spanish bread, the bakeshop also makes other breads like sliced bread, ensaymada (cheesy, soft or gourmet), honey wheat bread, and high fiber wheat bread, as well as cookies and cakes: brownies, torta Cebuano, cinnamon roll, food for the gods, upside down brownies, butter scotch, plain brownies, black forest cake and rectangular butter or chocolate cakes.

Today, Anita’s has 17 outlets in Cebu, Mandaue and Lapu-Lapu cities and an 18th outlet, along Gorordo Ave., is in the works. Today, Anita’s operations have been modernized to support its growth. And today, Anita Cabinian is retired—gone are the days when she had to do everything: getting supplies, mixing dough, baking, wrapping, selling. Her son Benjie is the general manager for operations. Her one regret, baking-wise, is that she couldn’t offer to her customers Brazos de la Reina, a fruity dessert that cannot be mass-produced, and which was very popular with her neighbors before she baked full time.

As she said, she cannot be just idle. So in her retirement years, she has devoted her time to church ministry. She is with the St. Therese Church Foundation and she recalls she was the “manager when the church was constructed.” The foundation holds a weekly medical clinic in which she is very active. Her lay ministry has earned her a Papal award as a “Dame of St. Sylvester,” a title she received in 2011.

Now at 80-something, Anita Esmeralda Cabinian, with her lay ministry, remains ever the math teacher, the baker and the loving mother. 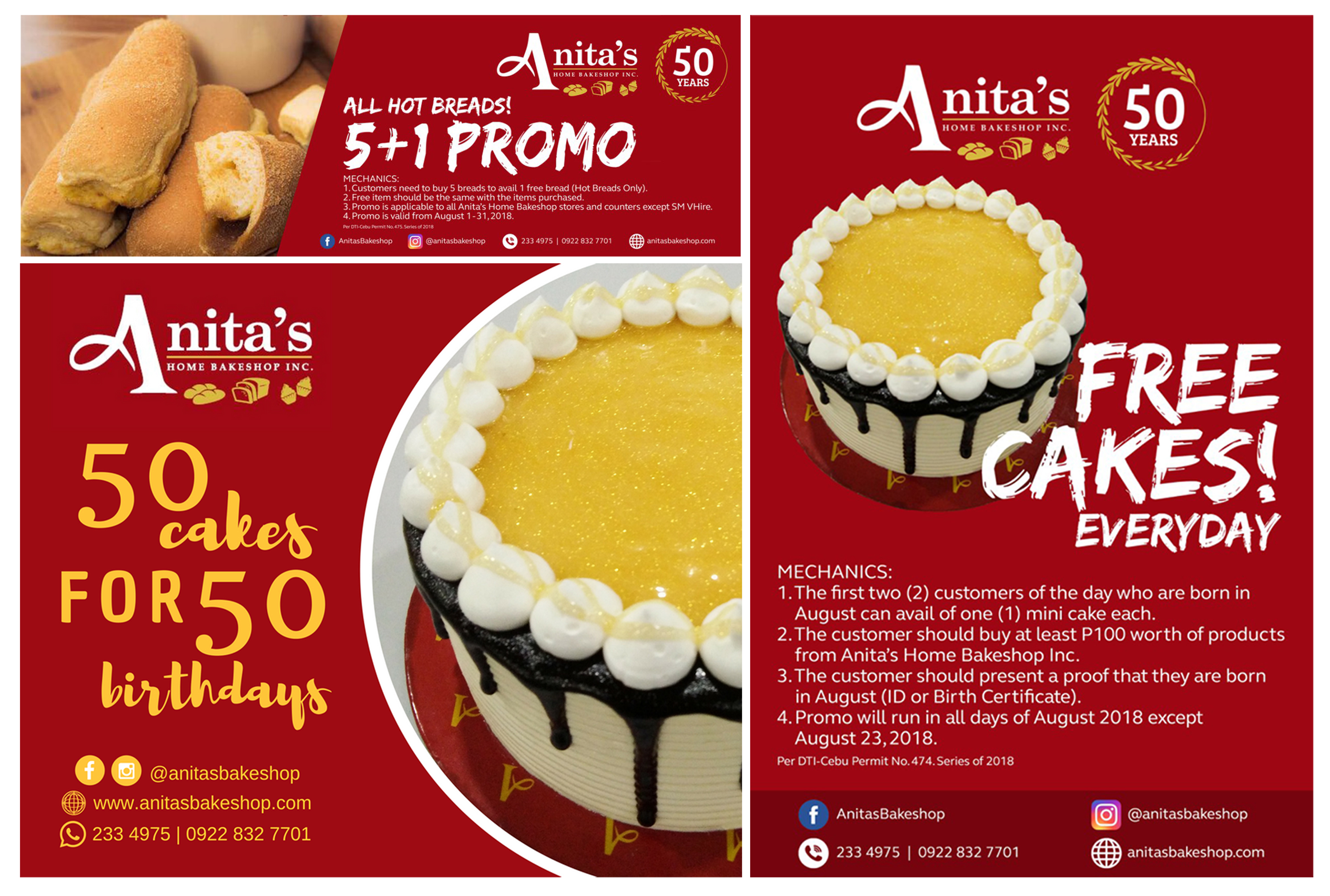